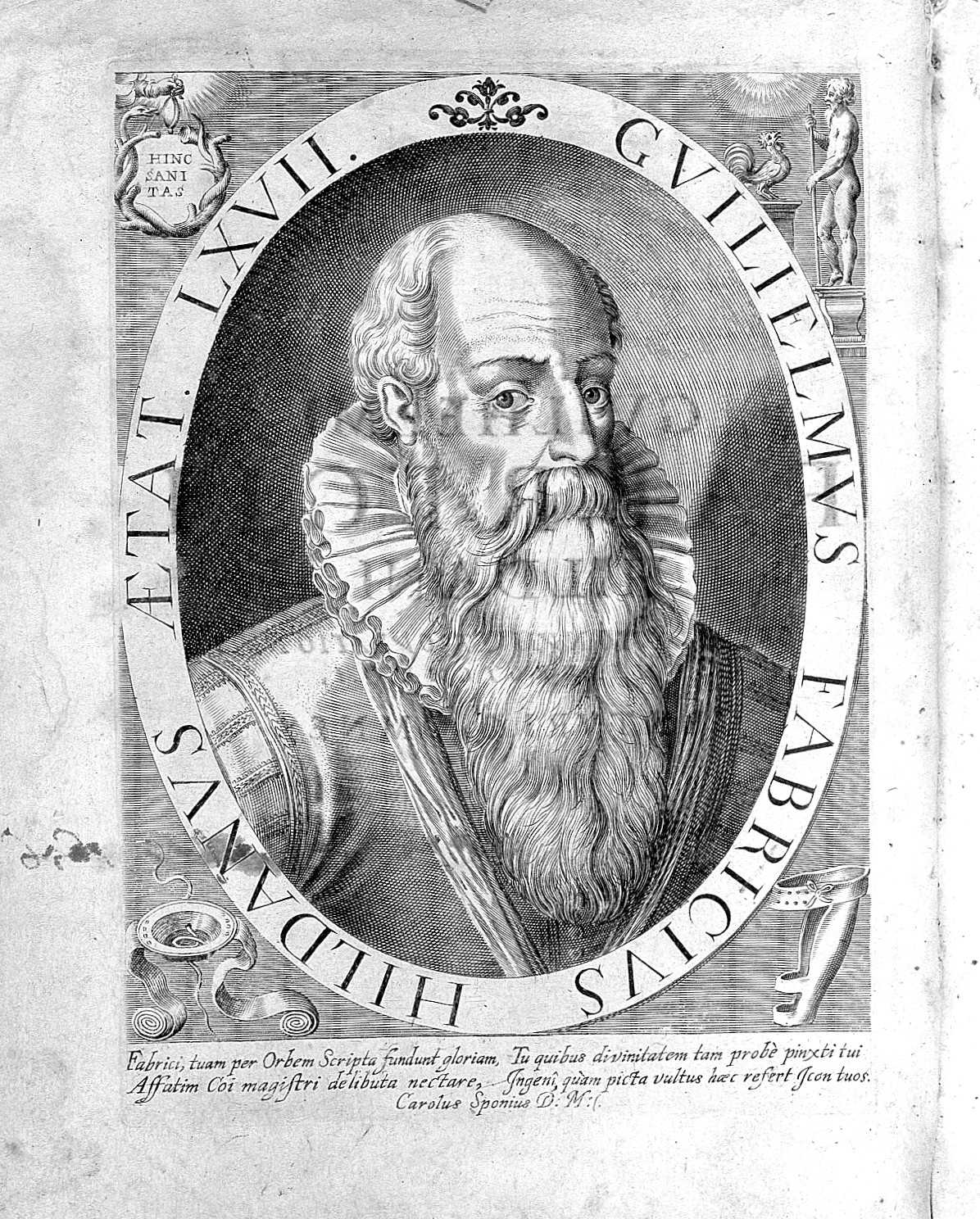 Wilhelm Fabry (also William Fabry, Guilelmus Fabricius Hildanus, or Fabricius von Hilden) (25 June 1560 − 15 February 1634), often called the "Father of German surgery", was the first educated and scientific German surgeon. He is one of the most prominent scholars in the iatromechanics school and author of 20 medical books. His ''Observationum et Curationum Chirurgicarum Centuriae'', published posthumously in 1641, is the best collection of case records of the century and gives clear insight into the variety and methods of his surgical practice. He developed novel surgical techniques and new surgical instruments. He also wrote a notable treatise on burns.

Fabry developed a device for operating eye tumours. His wife, Marie Colinet (or ''Fabry''), was a Swiss midwife-surgeon who improved the techniques of cesarean section delivery. She helped her husband in his surgical practice and was the first (in 1624) to use a magnet to extract metal from a patient's eye (a technique still in use today). Fabry wrote a detailed description of the procedure in his ''Centuriae'' and, although he explicitly mentioned his wife as having invented it, was given credit for the discovery.

Fabry was born in Hilden. His birth town named the city museum (featuring surgical instruments and the like) after him, honoured him with a bronze bust in the market place, and named streets after himself and after his wife.

The city of Bern, where he died, named a street after him (''Hildanus''strasse), using one of the Latin versions of his name.