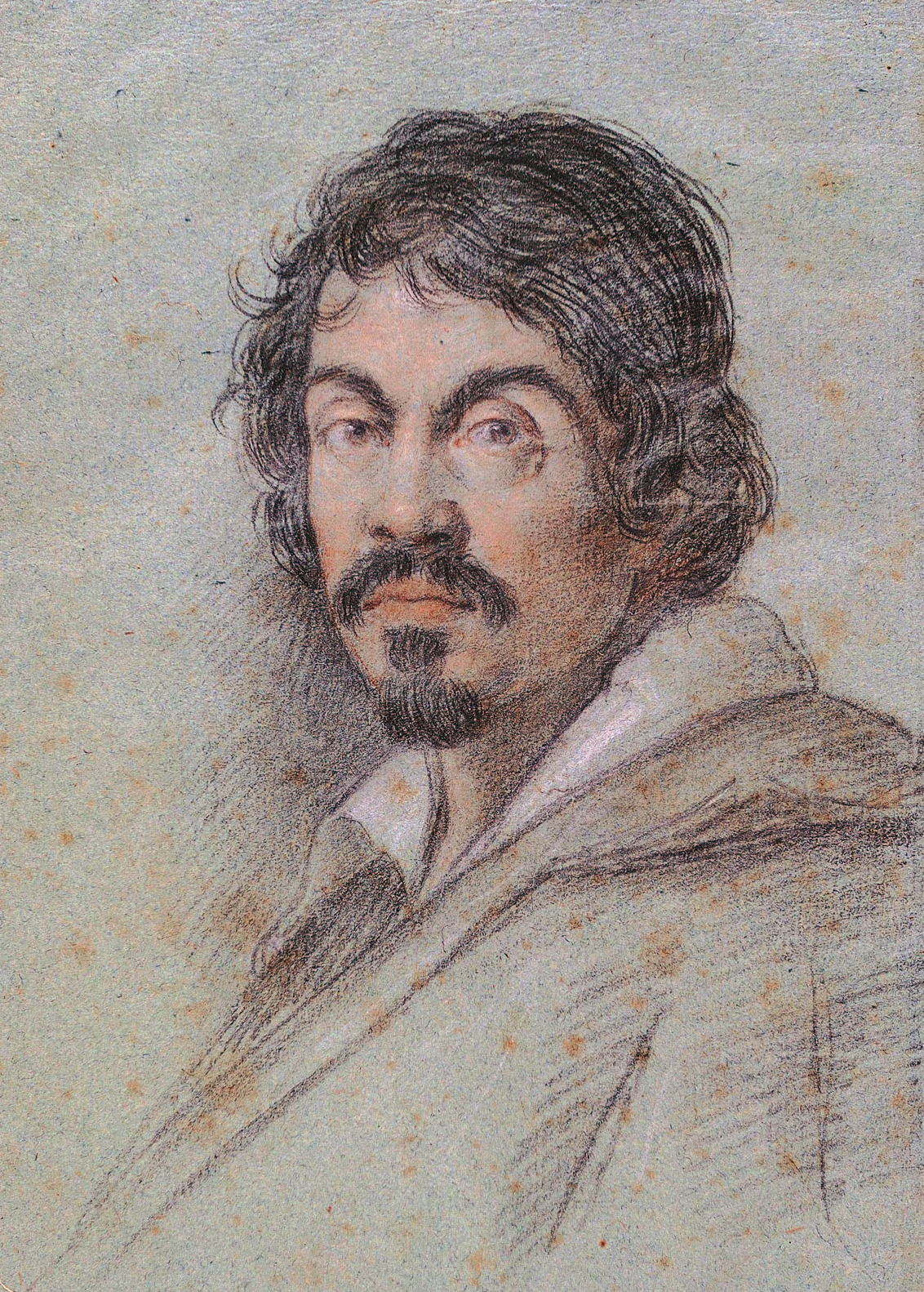 Michelangelo Merisi (Michele Angelo Merigi or Amerighi) da Caravaggio, known as simply Caravaggio (, , ; 29 September 1571 – 18 July 1610), was an Italian painter active in Rome for most of his artistic life. During the final four years of his life he moved between Naples, Malta, and Sicily until his death. His paintings have been characterized by art critics as combining a realistic observation of the human state, both physical and emotional, with a dramatic use of lighting, which had a formative influence on Baroque painting.

Caravaggio employed close physical observation with a dramatic use of chiaroscuro that came to be known as tenebrism. He made the technique a dominant stylistic element, transfixing subjects in bright shafts of light and darkening shadows. Caravaggio vividly expressed crucial moments and scenes, often featuring violent struggles, torture, and death. He worked rapidly with live models, preferring to forgo drawings and work directly onto the canvas. His inspiring effect on the new Baroque style that emerged from Mannerism was profound. His influence can be seen directly or indirectly in the work of Peter Paul Rubens, Jusepe de Ribera, Gian Lorenzo Bernini, and Rembrandt. Artists heavily under his influence were called the "Caravaggisti" (or "Caravagesques"), as well as tenebrists or ''tenebrosi'' ("shadowists").

Caravaggio trained as a painter in Milan before moving to Rome when he was in his twenties. He developed a considerable name as an artist and as a violent, touchy and provocative man. A brawl led to a death sentence for murder and forced him to flee to Naples. There he again established himself as one of the most prominent Italian painters of his generation. He travelled to Malta and on to Sicily in 1607 and pursued a papal pardon for his sentence. In 1609 he returned to Naples, where he was involved in a violent clash; his face was disfigured, and rumours of his death circulated. Questions about his mental state arose from his erratic and bizarre behavior. He died in 1610 under uncertain circumstances while on his way from Naples to Rome. Reports stated that he died of a fever, but suggestions have been made that he was murdered or that he died of lead poisoning.

Caravaggio's innovations inspired Baroque painting, but the latter incorporated the drama of his chiaroscuro without the psychological realism. The style evolved and fashions changed, and Caravaggio fell out of favour. In the 20th century, interest in his work revived, and his importance to the development of Western art was reevaluated. The 20th-century art historian stated: "What begins in the work of Caravaggio is, quite simply, modern painting." Provided by Wikipedia
Showing 1 - 3 results of 3 for search 'Caravaggio, Michelangelo Merisi da', query time: 0.02s Refine Results
1
Loading...
Caravaggio o della Vulgata
by Radini Tedeschi, Daniele
Published 2011
Other Authors: “...Caravaggio, Michelangelo Merisi da...”