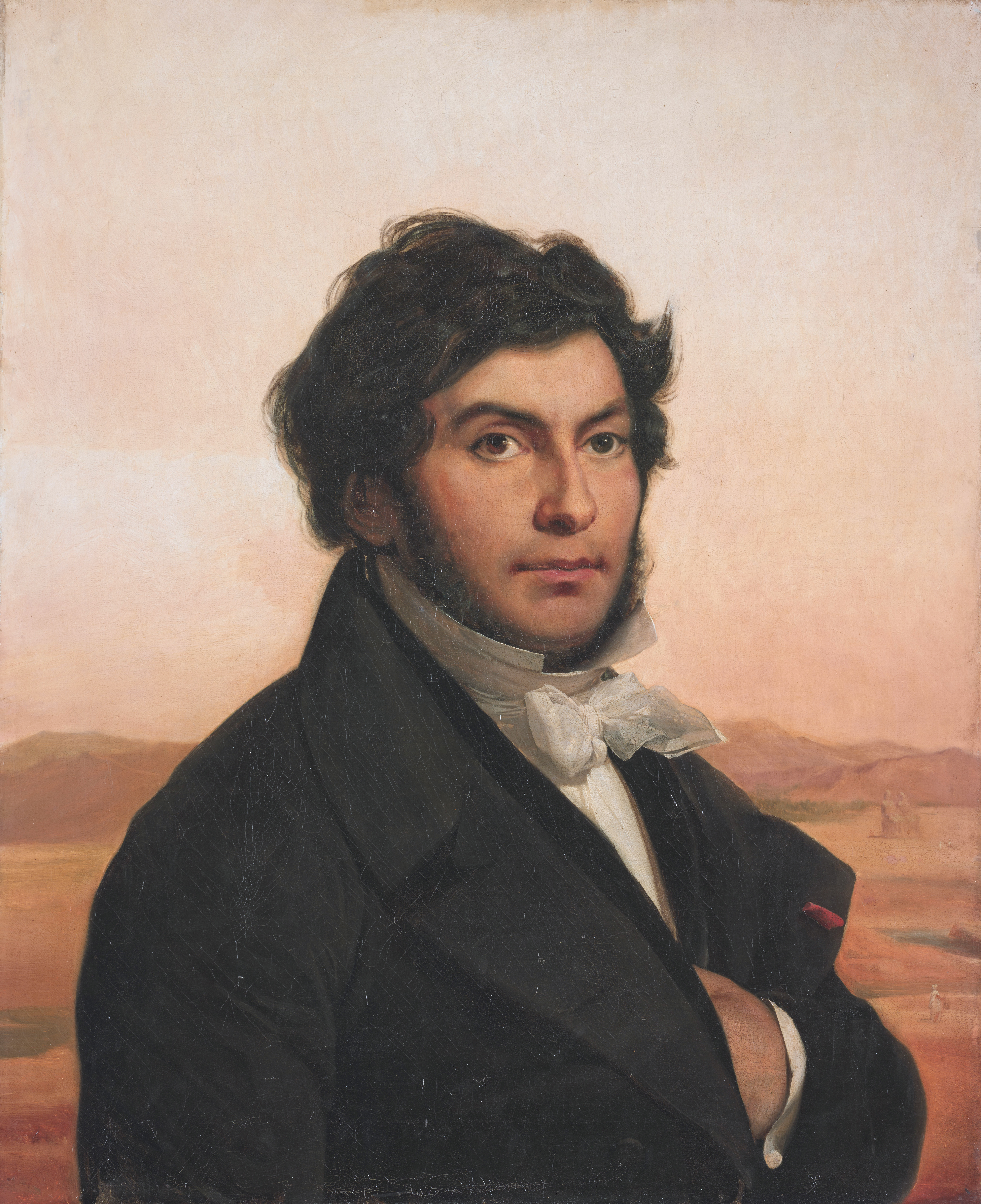 Jean-François Champollion (), also known as '''Champollion ''le jeune''''' ('the Younger'; 23 December 17904 March 1832), was a French philologist and orientalist, known primarily as the decipherer of Egyptian hieroglyphs and a founding figure in the field of Egyptology. Partially raised by his brother, the scholar Jacques Joseph Champollion-Figeac, Champollion was a child prodigy in philology, giving his first public paper on the decipherment of Demotic in his mid-teens. As a young man he was renowned in scientific circles, and spoke Coptic, Ancient Greek, Latin, Hebrew and Arabic.

During the early 19th century, French culture experienced a period of 'Egyptomania', brought on by Napoleon's discoveries in Egypt during his campaign there (1798–1801) which also brought to light the trilingual Rosetta Stone. Scholars debated the age of Egyptian civilization and the function and nature of hieroglyphic script, which language if any it recorded, and the degree to which the signs were phonetic (representing speech sounds) or ideographic (recording semantic concepts directly). Many thought that the script was only used for sacred and ritual functions, and that as such it was unlikely to be decipherable since it was tied to esoteric and philosophical ideas, and did not record historical information. The significance of Champollion's decipherment was that he showed these assumptions to be wrong, and made it possible to begin to retrieve many kinds of information recorded by the ancient Egyptians.

Champollion lived in a period of political turmoil in France which continuously threatened to disrupt his research in various ways. During the Napoleonic Wars, he was able to avoid conscription, but his Napoleonic allegiances meant that he was considered suspect by the subsequent Royalist regime. His own actions, sometimes brash and reckless, did not help his case. His relations with important political and scientific figures of the time, such as Joseph Fourier and Silvestre de Sacy helped him, although in some periods he lived exiled from the scientific community.

In 1820, Champollion embarked in earnest on the project of decipherment of hieroglyphic script, soon overshadowing the achievements of British polymath Thomas Young who had made the first advances in decipherment before 1819. In 1822, Champollion published his first breakthrough in the decipherment of the Rosetta hieroglyphs, showing that the Egyptian writing system was a combination of phonetic and ideographic signs – the first such script discovered. In 1824, he published a ''Précis'' in which he detailed a decipherment of the hieroglyphic script demonstrating the values of its phonetic and ideographic signs. In 1829, he traveled to Egypt where he was able to read many hieroglyphic texts that had never before been studied, and brought home a large body of new drawings of hieroglyphic inscriptions. Home again he was given a professorship in Egyptology, but only lectured a few times before his health, ruined by the hardships of the Egyptian journey, forced him to give up teaching. He died in Paris in 1832, 41 years old. His grammar of Ancient Egyptian was published posthumously.

During his life as well as long after his death, intense discussions over the merits of his decipherment were carried out among Egyptologists. Some faulted him for not having given sufficient credit to the early discoveries of Young, accusing him of plagiarism, and others long disputed the accuracy of his decipherments. But subsequent findings and confirmations of his readings by scholars building on his results gradually led to the general acceptance of his work. Although some still argue that he should have acknowledged the contributions of Young, his decipherment is now universally accepted and has been the basis for all further developments in the field. Consequently, he is regarded as the "Founder and Father of Egyptology". Provided by Wikipedia
Showing 1 - 1 results of 1 for search 'Champollion, Jean François', query time: 0.24s Refine Results
1
Loading...
Lettre A M. Dacier, ... Relative A L'Alphabet Des Hiéroglyphes Phonétiques : Employés Par Les Égyptiens Pour Inscrire Sur Leurs Monuments Les Titres, Les Noms Et Les Surnoms De...
by Champollion, Jean François
Published 1822
Call Number: Loading...
Located: Loading...
kostenfrei