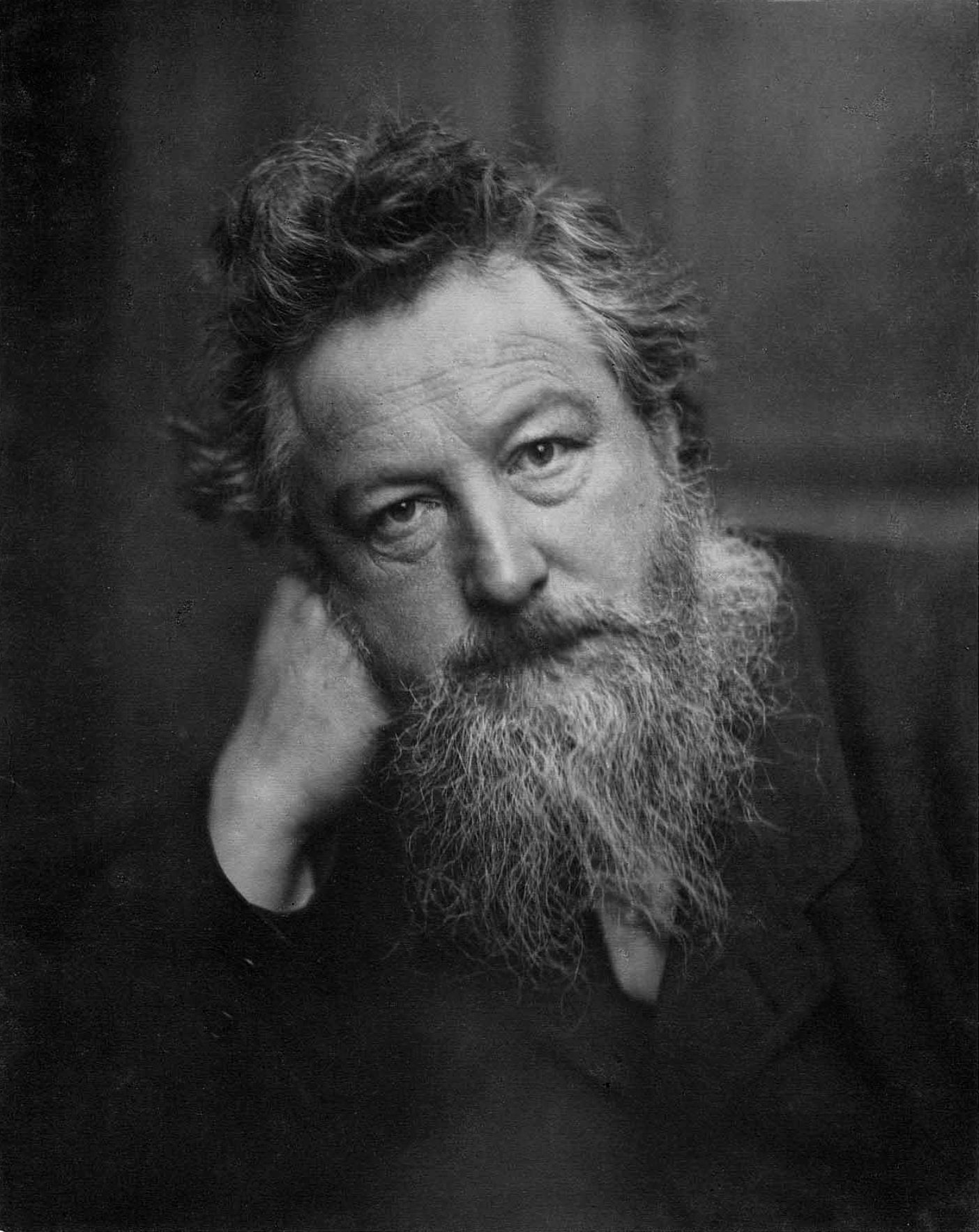 William Morris (24 March 1834 – 3 October 1896) was a British textile designer, poet, artist, fantasy writer, architectural conservationist, printer, translator and socialist activist associated with the British Arts and Crafts Movement. He was a major contributor to the revival of traditional British textile arts and methods of production. His literary contributions helped to establish the modern fantasy genre, while he helped win acceptance of socialism in ''fin de siècle'' Great Britain.

Morris was born in Walthamstow, Essex, to a wealthy middle-class family. He came under the strong influence of medievalism while studying Classics at Oxford University, there joining the Birmingham Set. After university, he married Jane Burden, and developed close friendships with Pre-Raphaelite artists Edward Burne-Jones and Dante Gabriel Rossetti and with Neo-Gothic architect Philip Webb. Webb and Morris designed Red House in Kent where Morris lived from 1859 to 1865, before moving to Bloomsbury, central London. In 1861, Morris founded the Morris, Marshall, Faulkner & Co. decorative arts firm with Burne-Jones, Rossetti, Webb, and others, which became highly fashionable and much in demand. The firm profoundly influenced interior decoration throughout the Victorian period, with Morris designing tapestries, wallpaper, fabrics, furniture, and stained glass windows. In 1875, he assumed total control of the company, which was renamed Morris & Co.

Morris rented the rural retreat of Kelmscott Manor, Oxfordshire, from 1871 while also retaining a main home in London. He was greatly influenced by visits to Iceland with Eiríkur Magnússon, and he produced a series of English-language translations of Icelandic Sagas. He also achieved success with the publication of his epic poems and novels, namely ''The Earthly Paradise'' (1868–1870), ''A Dream of John Ball'' (1888), the Utopian ''News from Nowhere'' (1890), and the fantasy romance ''The Well at the World's End'' (1896). In 1877, he founded the Society for the Protection of Ancient Buildings to campaign against the damage caused by architectural restoration. He was influenced by anarchism in the 1880s and became a committed revolutionary socialist activist. He founded the Socialist League in 1884 after an involvement in the Social Democratic Federation (SDF), but he broke with that organisation in 1890. In 1891, he founded the Kelmscott Press to publish limited-edition, illuminated-style print books, a cause to which he devoted his final years.

Morris is recognised as one of the most significant cultural figures of Victorian Britain. He was best known in his lifetime as a poet, although he posthumously became better known for his designs. The William Morris Society founded in 1955 is devoted to his legacy, while multiple biographies and studies of his work have been published. Many of the buildings associated with his life are open to visitors, much of his work can be found in art galleries and museums, and his designs are still in production. Provided by Wikipedia
Showing 1 - 2 results of 2 for search 'Morris, William', query time: 0.02s Refine Results
1
Loading...
The collected letters of William Morris : Volume II: 1885-1888
by Morris, William, Morris, William
Published 1987
Call Number: Loading...
Located: Loading...
Get full text

Saved in:
Search Tools: Get RSS Feed — Email this Search — Save Search
Loading...